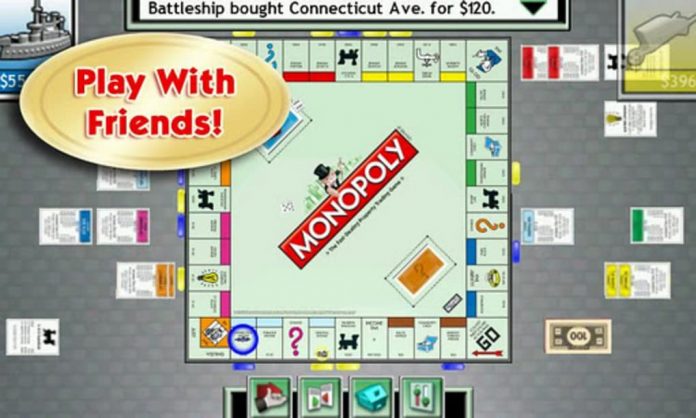 Board games are tabletop strategy games played with a set of rules. The rules of these games can range from the simplest and easy to understand instructions to the most complicated and detailed ones. These are games that are commonly played by moving counters or pieces on a pre-marked surface or board. The variety of board games usually involves a player with a certain goal to achieve and accomplish.

Board games usually aimed to entertain and to connect people through competitive and cooperative gameplay. These games can promote a face to face interaction among players which helps promote socialization and human relationship. It can also develop and strengthen logical thinking through problem-solving and critical judgment. Cooperation and coordination among players, most especially for children, are also established as some board games require team up or groupings among the players.

Monopoly is a real estate board game played by two to eight players. The goal of the game is for the player to remain financially solvent while forcing the opponents into bankruptcy. This is done through buying and developing pieces of property. These specific properties are represented in several small rectangles including railroads, utilities, jail and other various places and events. The players move around the board according to the throw of a pair of dice.

Any player who lands on an unowned property may buy it, but if the player lands on a property owned by another player, rent must be paid. The player continues to travel around the board until such time that the other players are already bankrupt. This app is equipped with the best animated features and an easy game play.

Scrabble is a classic board game which involves building vocabulary and practicing language skills. The goal of the game is to get the most points by playing words on a board. These words are connected to other words rated by other players. This game can be played by two or more players. The game will involve one to create words, rack up points, challenge the opponents and even exchange files if needed. After all the tiles are used, the scores will be tallied to determine the winner of the game. This app will sharpen the skills of the players through this fast-paced word game.

Snake & Ladder is a simple board game which does not need any specific skill to play. The goal of the game is to be the first to reach the last or the 100th square. Players take turns to roll a dice and move along the number of squares rolled. Ones the player lands on a square which has the base of a ladder, the player will automatically advance the position by moving up to the top of the ladder.

However, if the player lands on the square which has the head of the snake, the player will automatically follow down to the tail of the snake. This app can bring fun, enjoyment, and relaxation while climbing up the ladder, sliding down through the snake and knocking out the opponents.

Chess is a strategy board game played between two opponents on opposite sides of the board. Commonly, the board contains 64 squares of alternating colours. Each of the players has 16 pieces namely 1 king, 1 queen, 2 rooks, 2 bishops, 2 knights and 8 pawns, arranged accordingly. These different kinds of pieces move differently depending on certain rules. The goal of the game is to checkmate the king of the player. Checkmate happens when the king is in a position to be captured and cannot escape from capture. This app is a popular game that allows learning and being mentally alert at all times.

Catan is a legendary strategy board game that provides a balance between complexities and the ability to learn. The multiplayer game allows the improvement of strategy skills against various opponents. The goal of the game is to dominate the island, either by having the most knights, the longest roads, or having more settlements or cities. This is done through acquiring or trading resources such as wood, sheep, ore, and clay. The rules of the games are relatively straight forward. Several expansions are available for a better gaming experience.

These include additional scenarios with an extensive campaign, mechanics, and extra game elements such as ships, goldfields, treasures, and a lot more. This app is a tactical and action-packed game for an intense and unpredictable gaming experience.

Board games should be a staple in households. With the numerous board games available in the market today, free time can never be this exciting and moving.  Other than the valuable skills learned, it can also enhance and establish a better attitude among players. Truly, playing board games with family and friends can give and guarantee quality time, laughter, and learning.